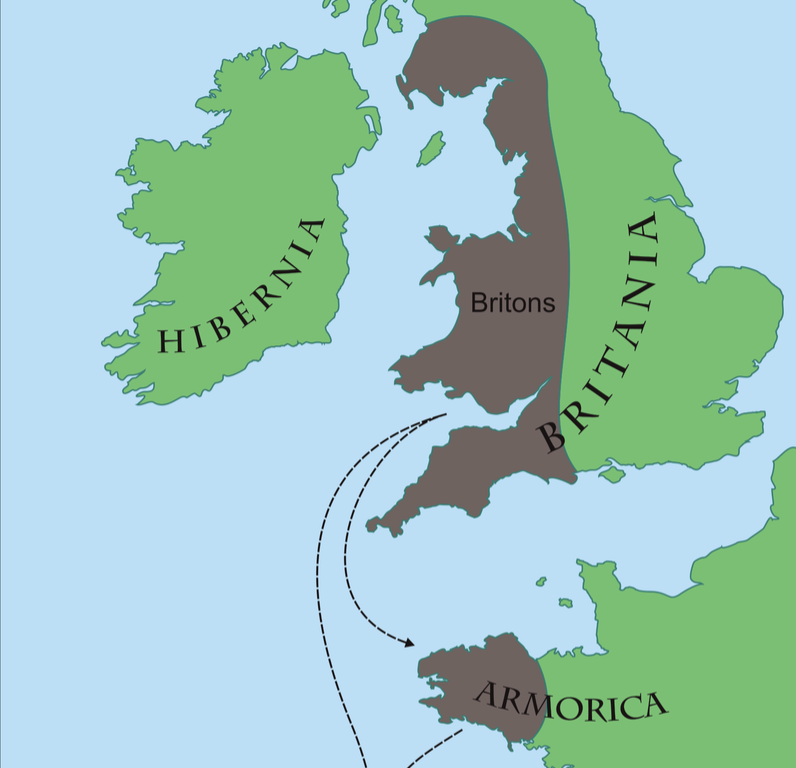 Did you know that it is likely that Christianity in Wales started in Llantwit Major? That monks from institutions in the Vale of Glamorgan between the fifth and sixth centuries established ministries throughout Britain, Ireland and Northern France?

In this video I discuss this fascinating history with author and historian Philip Morris. We look at the ancient monasteries of the county from the fifth century in Llantwit Major, Llancarfan and Llandough and at pioneers such as St Illtyd, St Cadoc and St Doggo and their influence across Europe.

We look at how different the culture and reach of the Celtic Church was from what came after it. How huge institutions were established, how ideas were spread throughout Europe, how inclusive these communities were and the key role of women as well as men at their healm.

We also look at the impact of the arrival of the Normans, the medieval period and in particular Ewenny Priory.

We discuss the legacy these great institutions left. Everything from the establishment of Cowbridge Grammar School to architectural clues at buildings we can visit today. As well as gems like the story of the miracle of Ewenny, how Corntown got its name, why so many towns in Brittany have Welsh sounding names, why the latin inscribed on the Celtic stones in Llantwit Major is inaccurate and many many more fascinating snippets which anyone with an interest in the local history of South Wales will find truly fascinating.

This video is an episode of ‘History on your doorstep’, first broadcast on Bro Radio on Monday 22 August 2022. Presented by author and historian Graham Loveluck-Edwards cataloguing the history of the Vale of Glamorgan. I hope you enjoy them. And if you do, please subscribe to my YouTube channel and share them on social media.

This website uses cookies to improve your experience while you navigate through the website. Out of these, the cookies that are categorized as necessary are stored on your browser as they are essential for the working of basic functionalities of the website. We also use third-party cookies that help us analyze and understand how you use this website. These cookies will be stored in your browser only with your consent. You also have the option to opt-out of these cookies. But opting out of some of these cookies may affect your browsing experience.
Necessary Always Enabled
Necessary cookies are absolutely essential for the website to function properly. These cookies ensure basic functionalities and security features of the website, anonymously.
Functional
Functional cookies help to perform certain functionalities like sharing the content of the website on social media platforms, collect feedbacks, and other third-party features.
Performance
Performance cookies are used to understand and analyze the key performance indexes of the website which helps in delivering a better user experience for the visitors.
Analytics
Analytical cookies are used to understand how visitors interact with the website. These cookies help provide information on metrics the number of visitors, bounce rate, traffic source, etc.
Advertisement
Advertisement cookies are used to provide visitors with relevant ads and marketing campaigns. These cookies track visitors across websites and collect information to provide customized ads.
Others
Other uncategorized cookies are those that are being analyzed and have not been classified into a category as yet.
SAVE & ACCEPT
Loading Comments...
%d bloggers like this: