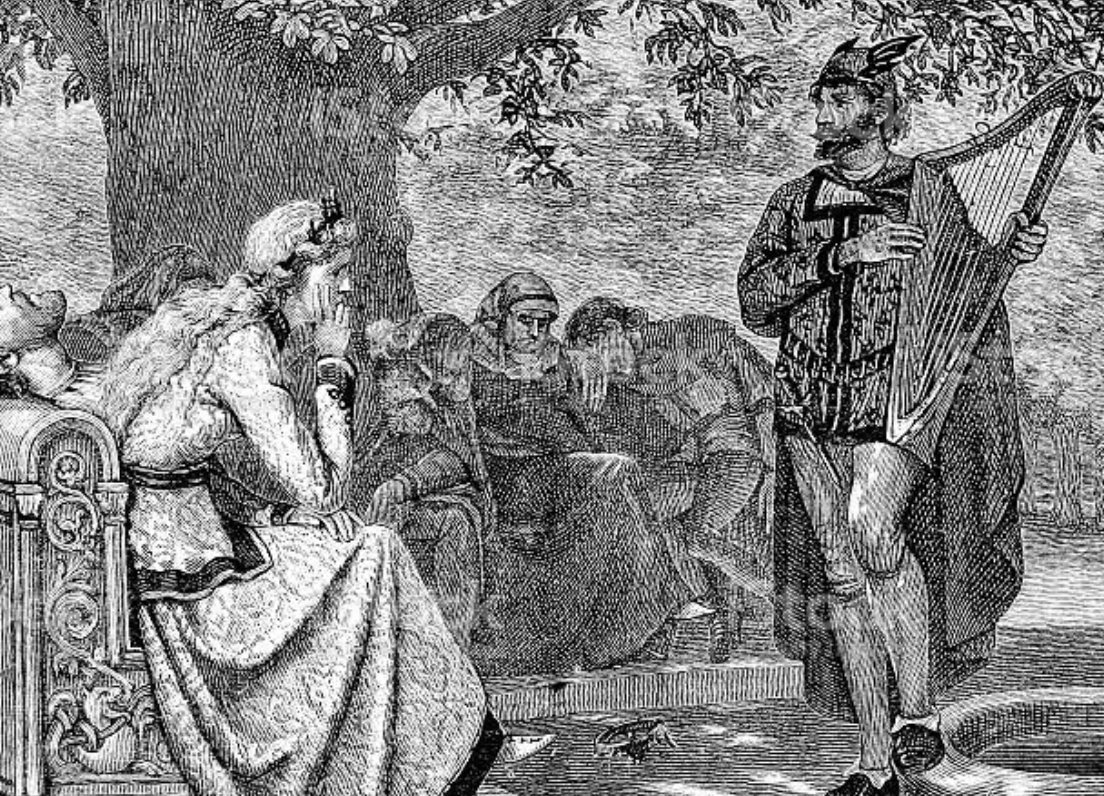 I am sure many students of literature will be familiar with the romantic novel by RD Blackmore called ‘The Maid of Sker’. You may or may not also be aware that the author grew up in the village of Nottage near Porthcawl. It is Sker house at the end of the dunes in Kenfig that was his inspiration for the story. The name of his novel, however, was borrowed from a much older Welsh legend from a book called Y Ferch o’r Scer, which was translated into English by William Davies of Neath in 1806.

It is claimed that the story originated from an air composed by a local harpist by the name of Thomas Evans. As is the usual way, the story has been further embellished by subsequent retellings and whether it is entirely true is disputed, not least by the family it is about. The characters themselves however are indisputably real.

Isaac Williams of Sker had two daughters. The youngest, Elizabeth, was tall, beautiful, and elegant, and she loved to dance. She lived for the annual Mabsant (festival of the saint). One of the traditions of the Mabsant was that a harpist would be brought in to play throughout the night for the younger members of the community to dance until dawn.

One especially popular harpist was Thomas Evans of the parish of Newton and Nottage, the man credited with writing the song that this legend is based on. The sight of the beautiful Elizabeth Williams, dancing so elegantly through the night, caught his eye and quickened his pulse. He was utterly transfixed with her, and to his joy she made it obvious that his attraction was reciprocated. By the time the sun rose in the morning they were lovers.

When Isaac Williams got wind of this courtship, he was furious. After all, he was a gentleman farmer and lord of the manor, and Thomas Evans was a mere carpenter. He could not possibly be considered a worthy suitor for his daughter, no matter how good a harpist he was. Undeterred, Evans hired a horse and carriage and rode out to Sker House at night, in the hope that he could persuade Elizabeth to elope with him. But his plan was scuppered when he woke the dogs, who started barking and gave the game away. In response Isaac refused to let Elizabeth leave the house, and she was kept a prisoner in her room under lock and key until she was married off to Mr Kirkhouse of Neath.

She never got on with the husband that had been forced on her, and always begrudged him and her father for breaking her heart. She never forgot about her first true love and sought him out wherever there was a Mabsant in the area. She would always find a way to contrive to meet him in secret. On one occasion they were even caught together by her husband.

Eventually she could not take the pain of being without her true love anymore and died of a broken heart. She was buried 6th January 1776 in Llansamlet. Thomas Evans pined for her for so long that he did not take a wife until he had turned fifty. He died in 1819 and is buried in Newton churchyard.

There are obvious parallels between this story and the far more famous one about ‘The Maid of Cefn Ydfa’. May be the Welsh bards liked telling stories about the beautiful daughters of wealthy families falling head over heals in love with penniless bards.

This item is an exert from my book Legends and Folklore of Bridgend and the Vale. Available to buy here.

You may be interested to know that my blogs are published in The Glamorgan Star newspaper.

This website uses cookies to improve your experience while you navigate through the website. Out of these, the cookies that are categorized as necessary are stored on your browser as they are essential for the working of basic functionalities of the website. We also use third-party cookies that help us analyze and understand how you use this website. These cookies will be stored in your browser only with your consent. You also have the option to opt-out of these cookies. But opting out of some of these cookies may affect your browsing experience.
Necessary Always Enabled
Necessary cookies are absolutely essential for the website to function properly. These cookies ensure basic functionalities and security features of the website, anonymously.
Functional
Functional cookies help to perform certain functionalities like sharing the content of the website on social media platforms, collect feedbacks, and other third-party features.
Performance
Performance cookies are used to understand and analyze the key performance indexes of the website which helps in delivering a better user experience for the visitors.
Analytics
Analytical cookies are used to understand how visitors interact with the website. These cookies help provide information on metrics the number of visitors, bounce rate, traffic source, etc.
Advertisement
Advertisement cookies are used to provide visitors with relevant ads and marketing campaigns. These cookies track visitors across websites and collect information to provide customized ads.
Others
Other uncategorized cookies are those that are being analyzed and have not been classified into a category as yet.
SAVE & ACCEPT
Go to mobile version
Loading Comments...
%d bloggers like this: